Shopping Cart
Your Cart is Empty
Quantity:
Subtotal
Taxes
Shipping
Total
There was an error with PayPalClick here to try again

Thank you for your business!You should be receiving an order confirmation from Paypal shortly.Exit Shopping Cart

That's a wrap for 2022. The ROADwhyz team had a bit to deal with this year including the dreaded COVID 19 lockdowns and cancellations. We managed to present to 15 high schools throughout Newcastle and the Hunter Valley. We also held two free community events, one in Newcastle where 60 people attended and one in Maitland where 50 people attended, both held as part of Rural road safety month. We also managed a couple of trade colleges in Maitland. All up The ROADwhyz team presented to approximately 3000 current and potential young drivers as well as a few full licenced drivers. On a personal note I was proud to receive the OAM for my work with road safety and community but it would not be possible without the passionate support of all the first responder's who volunteer their time to present a powerful message about 'Choice & Consequence'. This is what makes ROADwhyz what it is. We look forward to returning to our school in 2023.

October 2022 saw ROADwhyz co-founder Michelle Davis presented with the Order of Australia medal for service to road safety, and to the community. " I feel very honoured to have a wonderful team of first responders who are equally passionate about ensuring we educate young drivers about the consequences of poor choices within a motor vehicle". Michelle is also co-founder of the H.O.P.E Support group which supports parents who have lost children.

Michelle in the presentation room at Government House

Silvan paramedic Jason Callanan has gathered local nurses, doctors, police, and emergency service workers to address young drivers on the graphic reality of dangerous driving.The RoadWhyz program will be run in Badger Creek, where the CFA will show teenagers the crumpled metal a wrecked car can end up as in a crash.

Mr Callanan said he watched a documentary about the New South Wales-based RoadWhyz program on television, which included vision of a double fatality, and decided he wanted to communicate the program to young Victorian drivers.

As a paramedic for 15 years in the Northern Territory, Queensland and Victoria, Mr Callanan said the more the message of safe driving was spread, the more it would be entrenched in the drivers.“We (paramedics) see a lot of really major trauma especially young drivers and especially in the Yarra Ranges,” he said.“It seems to be a hub for road trauma and that's why we're targeting it here.”

Mr Callanan said the program had been developed to provide information to young drivers and parents, with the aim of providing the tools, skills and knowledge needed to make positive behaviour choices in their driving. “It encourages participants to ask questions of the experts in a safe and professional environment,” he said.

The program would also contain graphic photographic and DVD footage of road crashes and the results of road trauma to a person. Mr Callanan said the images were incorporated not to frighten or shock participants, rather to bring attention to just what can happen as a result of reckless driving.RoadWhyz is primarily based at students in year 11 and 12, and will be held at 7pm on 23 January at Badger Creek CFA, 102 Badger Creek Road.

Emergency services are asking for a gold coin donation and more information can be found at www.roadwhyz.com. 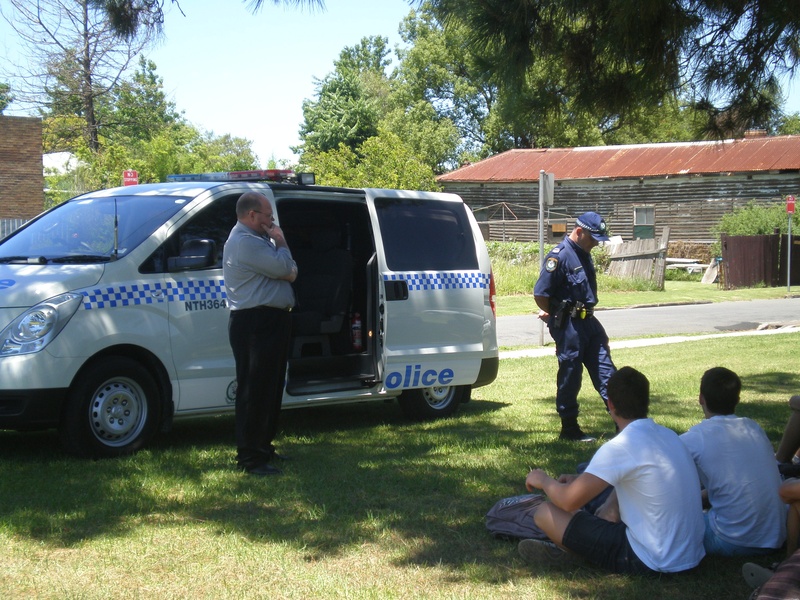 Oops, you forgot something.

The words you entered did not match the given text. Please try again.

Reply Lisa Jones
10:05 PM on March 5, 2012
I was very interested to read about the program you are running. I lost my 24 year old son 5 years ago in a motor bike accident. Since my son was old enough to drive I tried to instill in him responsibility for himself and others on the road. He once said that even if I wasnt standing near him physically he could still hear my voice warning him of the dangers on the road. I never once thought about the fact that someone else could take his young life. I wonder why the young men, that were racing their cars before hitting my son on the wrong side of the road, I wonder why they hadnt thought about the consequences of their actions. They have both spent considerable time in goal because of my sons death but I dont know whether that will even be enough to change their views about responsibility.
I think that what you are teaching is the only way to try and make a difference. Choice and consequences of those choices is the real issue in a lot of these tragic accidents and even if we can only make a difference to one of these outcomes then it will make every effort worthwhile.

Reply Michelle
10:48 PM on March 5, 2012
Lisa, we haer you loud and clear, both ROADwhyz NSW and Vic will continue to do our very best to get the message out there "choice and consequence" thats what it comes down to, if we can change the behaviour of one then the ripple effect will be huge.... Heart felt wishes to you and your family having lost my own two sons to road trauma I have some understanding of your pain

Reply Lisa Jones
11:54 PM on March 6, 2012
Thankyou for your response Michelle. I feel its time for me to do something constructive towards this cause but I need some prompting as to where to start. Hugs back to you and your family.
/